DR. TEMPLOVE or: How I Learned to Stop Worrying and Love the Temp 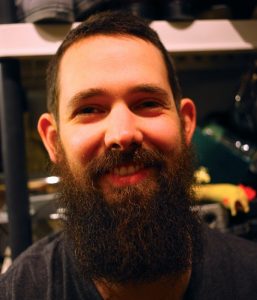 In 2016, I wrote about Temp Love – The condition of becoming attached to temporary sound items placed during the picture editorial process in a film, before the film actually arrives in Audio Post.

Since then, I’ve learned a few things.

Whatever the case, 2016 became a banner year for Temp Love in terms of the films that I worked on that came with a massive gravitational pull towards the familiar and comforting sounds from Temp.

As explained in my previous write-up, while Temp offers a way for filmmakers (directors, producers and editors) to hear how things are coming together and even inform how the picture edit and story is working, it can quite often stifle the creative process for us Post Sound Artisans because ‘new’ is often scary.

So how do you get around it?

Simply put, you don’t. There’s no avoiding it.

Now, before you say to yourself “Why so defeatist, Matt?” – Let me explain.

Temp Sound Elements account for a tiny percentage of the film’s sound by the time post sound is completed. Those elements might barely add up to 30MB vs the 30GB in additional FX we may add.

The main difference is that those elements have existed in the film and, more importantly, have validated the content of the film for way longer. They’re familiar, safe and, most of the time, they work on a basic creative or technical level.

So, we use every part of the animal that we possibly can that comes with a film, sparing only the completely unusable content that is a detriment to the whole.

These elements act as an early DNA blueprint for what the film may sound like and co-exist among the meticulously edited, highly scrutinized content added in post production.

In a lot of ways, Temp Sounds act as ambassadors for the new sounds immigrating to the world of the film. These new sounds are unfamiliar and sound different. But the temp sounds validate and usher them in, and ultimately live in harmony on the mix stage.

Because filmmaking is a personal process to most filmmakers, and more-so in the often self-funded Indie world, these sounds are personal items that are part of the creative process for those crafting the film. So in removing them, regardless of how much has been added, there will always be something missing.

As we dig deeper into 2017, and scan the horizon for fast approaching new films, there’s no telling how many of those will contain cherished temp sounds. I may have some debates over poorly recorded dog sounds from a filmmaker’s cousin’s friend. It maybe the overuse of bass drops and the *BRRAAAAAM* Inception sound…Perhaps some tropical birds in the heart of NYC.
So, while myself and other post sound folks will ALWAYS scrutinize those misc Temp FX elements placed in the film, it’s usually an additional way of tapping into a filmmaker’s brain to discover what they are tuned to…and if that results in an even closer creative collaboration, I’m all for it.